Our hotel on the Pink Granite Coast

One of the most beautiful natural spectacles in Brittany 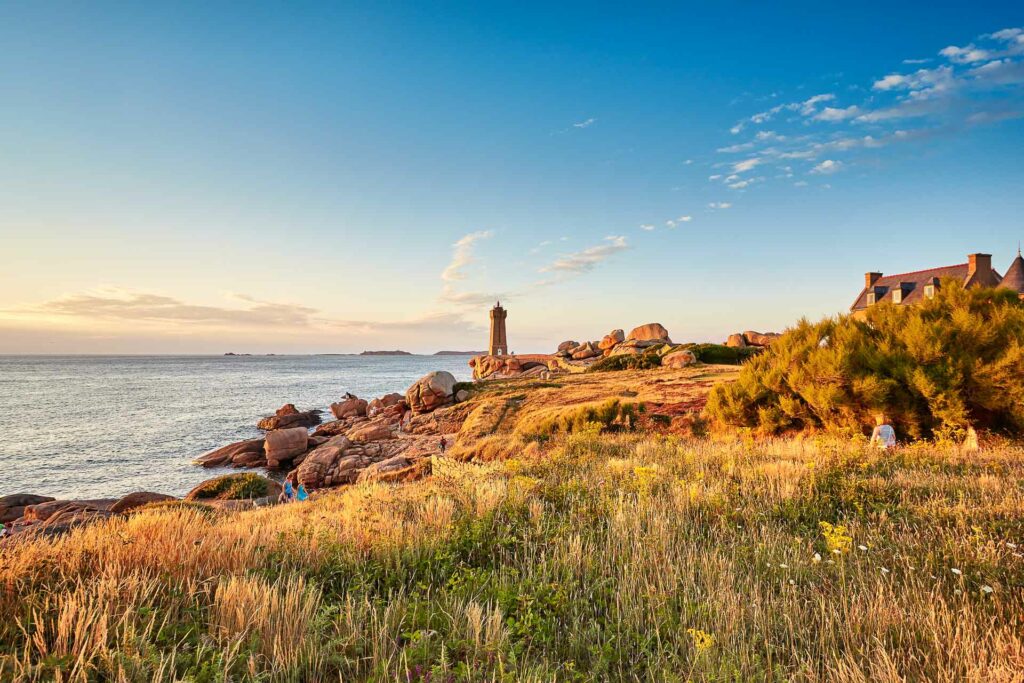 By choosing to stay at our Best Western Hotel on the Pink Granite Coast, you will have a front row seat to the permanent spectacle of this unique rock puzzle.

Nature takes centre stage here and logically plays the leading roles... Just after the magnificent beach of Trestraou, the former fishing hamlet of Ploumanac'h, now a seaside resort, is one of the jewels set in this mineral setting. A little further west, a vast enclosed world: the Bay of Morlaix. Islands and islets multiply in infinite perspectives that painters have been exploring for over a century.

Popular with the best society at the beginning of the 20th century, Ile aux Dames, Ile Verte, the Carantec peninsula and the aptly named Tahiti beach will attract you to stroll around; Hell with its bay and Paradise will even be accessible to you, in this ornithological reserve where seals play serenely in the waves protected by man.

As for Morlaix, Town of Art and History, with its viaduct, its alleys to wander through with your nose in the air, its half-timbered houses grouped around the Place Allende, with their exposed half-timbering, the cultural space of the former tobacco factory... it will never cease to dazzle you...

With a 13 km coastline and three large sandy beaches, Perros-Guirec enjoys a panoramic view of the 7 Islands archipelago, one of the most important bird sanctuaries in France.
Discover

Trestraou is the most beautiful beach in Brittany. It is the heart of the seaside resort of Perros Guirec.
Discover

The Pink Granite Coast, in the heart of Brittany, west of the Côtes d'Armor, welcomes you in all seasons to discover an exceptional site of beauty.
Discover

Ploumanac'h is famous for its world-famous pink granite rocks. This exceptional place was elected "favourite village of the French" in 2015.
Discover

Less than 2h15 from Rennes, Nantes and Paris, the Côtes d'Armor welcomes you all year round for a dream weekend, a holiday by the sea or in the authentic countryside.
Discover